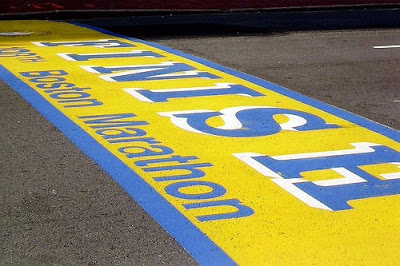 Joe Mecca and RSB hold the victims of Monday’s tragedy at the Boston Marathon in their head and hearts, and praise for the first responders, marathon volunteers, fans, and hospitals who aided the injured. Let us not be deterred in living our lives and moving forward.

Tonight, Joe Mecca has opted out of his usual beverage in favor of drinking a whiskey to “fill the stones,” talks of his admiration of the Lithuanians he knows, a desire to be the “Joe Mecca version of Justin Timberlake,” questions the rap prowess of Jay-Z (versus the inimitable The D.O.C.), the brilliance of Blackadder, and David Stockman’s latest tome on the American economy.

Joe Mecca shares his concern about PC Friar’s prize recruit Ricky Leto skipping the rest of college for a career in the NBA (we’ve seen previous True Hollywood Stories on this and we know how it might end) and schools his co-host on the real deal behind the NBA draft. RSB sounds rather competent about talking Rhody Rams basketball 1997-1998.

Also, RSB gushes over Clare Blackmer’s acting in the recent performance of “Body Awareness” by The Wilbury Group.

We’re also hovering at 128 likes on the Facebook. C’mon friends and help us to get to 200!