Joe Mecca 2013, Christmas, Joseph Campbell No Comments on So this is Christmas . . . 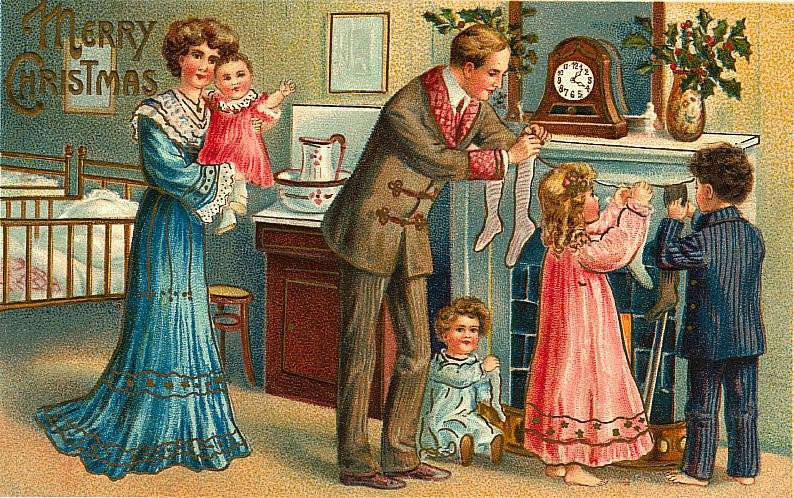 It’s Tuesday, December 24.  The sun is shining as I sit in my living room on the 50th Christmas Eve of my time on this Earth.  Like most of those Christmases, I will be spending the evening with my family, accompanied by my lovely wife.  There will be too much food.  Too much overlapping conversation. And, in our own little Mecca way, a belated honoring of Festivus as grievances will no-doubt be aired, most likely during a card game.

Holidays and Families go together like the oil and vinegar served with Christmas Day antipasto.   They really don’t mix well, but can be very satisfying for brief periods of emulsion.  And yet, it is the traditions of the Holidays, whatever your particular religious bent, that make them such a touchstone in our lives.

Rituals.  Joseph Campbell believed them to be a necessity of human existence.

In this case the myth is two-fold.   There is the birth of Jesus Christ, which did not occur on the 25th of December, but rather sometime in September, scholars believe.  For most of us lapsed Catholics or realistic Christians, we know this and we don’t care.  We know that the confluence of religious holy  and festival days at the end of the Gregorian calendar is tied together with the onset of Winter.

The second myth is that of the homecoming.   The return to the family.   This time of year, that myth is everywhere.  In every commercial, every store display and even our most cherished songs of the season. There’s No Place Like Home For The Holidays; I’ll Be Home For Christmas; White Christmas; Have Yourself A Merry Little Christmas; Winter Wonderland; Sleigh Ride; etc.  All promote the myth of a warm cozy holiday surrounded by those closest to us.

And like the birth of Jesus of Nazareth, despite our best evidence, we buy into that myth.  Despite all that has gone on in the past year or in past Christmases, we want to believe that this is a special time.  A time of renewal and of giving.  A time when we can snuggle into the bosom of Family and friends without fear of reprisal.   I certainly hope as much.

I could go into a tirade about the commercialization of the season.  Radio stations playing holiday classics non-stop from the day after Halloween. Stores open on Thanksgiving because, you know, you can’t start buying shit too early.  People getting hurt or killed over some piece of crap that will lie forgotten and unused a month from now.  Yada, yada and more yada.  We live in a capitalist republic . . . of course we’re going to go overboard on materialism.

What truly frustrates me this year is that the selfishness that is de rigueur during the other 11 months has not abated during this “Most Wonderful Time”.  Maybe it’s the state of affairs in the Biggest Little State.  Maybe it’s the divisiveness propagated by our “leaders” in Washington. Maybe people are just genuinely in survival mode.  I don’t know.   What I do know is that the courtesy and kindness usually practiced during this time of year are missing.  It’s a little colder out there than in the past.  And I think we’re all a little the worse for it.

Traditions change.  Rituals change.  People fall into new acceptable levels of comfort.  Sadly, it appears that our new comfort zone is looking out for number one.  Maybe that’s what a lot of us think we need right now.   For myself, I’m going to make every effort to be other-centered.  Although I have a lot to be completely self-absorbed about,  I’m going to make an effort to get out of my own head and my own heart and for the next two days at least, focus on the people I love.