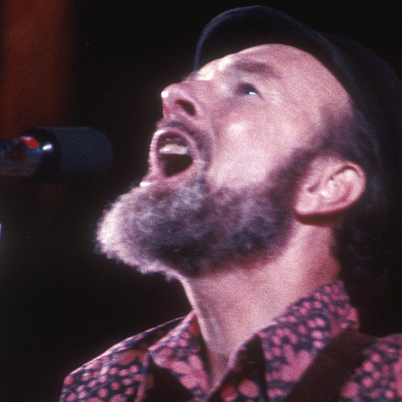 To call Pete Seeger an icon today almost seems an insult, yet that’s exactly what he was and is in the most literal sense.  His music . . . his very existence came to symbolize the meaning of folk music and protest.  Pete Seeger died last night at the age of 94 leaving a legacy that exceeds virtually any American musician.

How many performances did he give?  Who  knows.  As the Washington Post said, he sang  “on street corners and in saloons, migrant labor camps, hobo jungles, union halls, schools, churches and concert auditoriums.”  He sang whenever he was asked and whenever he sang, it meant something.  He didn’t sing about his own swag or the woman he lost or the dollar dollar bills y’all.  He sang about freedom and justice and how we could all work together to make things better.

He was a small-c communist, in the truest sense of the word.  He was a laborist and unionist and probably a bunch of other -ists I can’t think of at the moment.  He was a man with a soft speaking voice who could lead throngs into a righteous sing-a-long.  He could change minds and hearts with music. And he did it without music videos or his own You Tube channel.  He connected with people in person, standing in front of them with his banjo or guitar singing in a voice that came from you and me long before Bob Dylan could even pick up a guitar.

I can’t count the number of times I’ve seen or heard Pete Seeger speak and sing.  His home was across the Hudson River from where I grew up. He performed everywhere . . . around the world for crying out loud.  But to me, he was always this local treasure. He belonged to us.